About the book Buy this book Read excerpt

A lost manuscript.   A woman determined to find it.   A man who finds her irresistible. 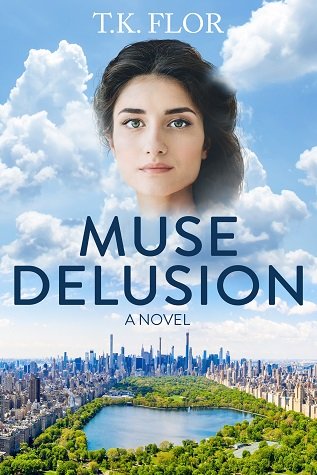 In NYC, freelance consultant Jack Ellis – still grieving after the death of his beloved grandmother – finally starts to put his life back together. But his attempts to leave the past behind unravel when he meets Lisa, a storybook-beautiful woman who claims she came for a manuscript that Jack’s grandmother promised her. A manuscript Jack has never heard of.

Allured by her beauty and drawn to her impetuous personality, Jack joins Lisa in a search that takes them on an unexpected journey, casting the people he thought he knew in a whole new light.

There’s no doubt Lisa is a disruptive force, yet Jack cannot disentangle himself from her quirky and potentially dangerous intrusion. Lisa is all charm when it suits her, but can Jack accept her mysterious mental powers and embrace a woman who believes she is actually a muse from Mount Olympus?

“Was this worth it?” Jack asked as he stacked the papers into the water-stained manila envelope.

Alone in a motel room, he did not expect any answers. The value of the manuscript, he had learned during the search for it, was subjective. His grandmother had thought the world of it. He would not go that far, but the dedication to his late mother made it personal. Unfortunately, it was too late to ask either of them which parts were true and which were fiction.

His jeans were still damp. The t-shirt had dried during the night and now wafted a pungent body odor. With a bit of grooming, he could look presentable at the border crossing, but forging ahead had its own risks. A reasonable man would drive back home and carefully weigh his next move. And so, Jack thought, would a coward. If he turned back, he would never know whether what he had read was even possible.

Only the four remaining Murder Club members knew that he had found the manuscript. And none of them, he was positive, had any inkling about the communication with the engraved woman. As a matter of fact, the contradictory accounts he’d pieced together made it look like smoke and mirrors. But what had really happened almost twelve years ago, during the summer he had spent abroad, never imagining that his mother was dying?